Linus Akesson noticed that without the benefit of the acoustical properties of massive churches, the sound that comes out of organ pipes sounds tinny, like 8-bit chiptune sounds.

Back in 2008 I had an epiphany about church organs: At least in theory, organ pipes produce very simple waveforms, much like 8-bit sound chips do-and the reason church organs don’t sound like chiptunes is primarily because of the acoustics of the church.

Thinking that process could be reversed, he remapped the keys of a Commodore 64 so he could play it like an accordion, ran it though a reverb machine, and created the sixtyforgan. The Bach piece he plays at the end of the video above (and a different Bach piece here) sounds so much like it’s being played on an organ.

See also Hear How Choral Music Sounded in the Hagia Sophia More Than 500 Years Ago (in which a filter is applied to choral music to make it sound as though it’s being sung in a cavernous church). (via @emanuelfeld)

I ran across some new music the other day that I’d like to share with you. Gasper Nali hails from Malawi and plays what he calls “wonderfully catchy & danceable tunes” with his homemade one-string bass guitar (which he plays using a beer bottle) and a cow skin kickdrum.

I particularly liked this video for a song called Satana Lero Wapezeka Ndiwe Edzi,1 with a bunch of kids dancing in the background.

If you’d like to hear more from Nali and support his work, you can purchase two of his albums on Bandcamp.

This is a really cool visualization of how Planet’s 150+ imaging satellites take a complete satellite photo of the Earth every single day. 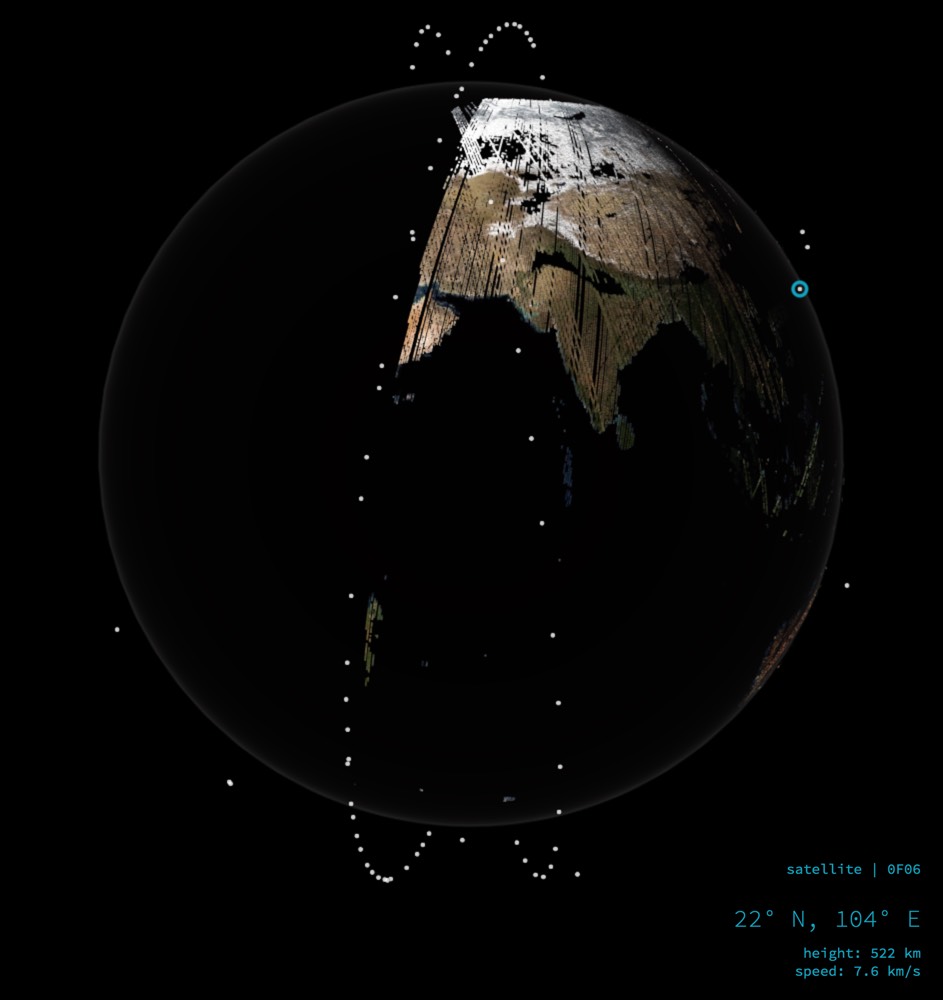 Every few seconds, the visualization picks a new satellite to track, allowing you to see the location, height, and speed. The satellites are 300 miles from the surface of the Earth moving at about 17,000 mph. 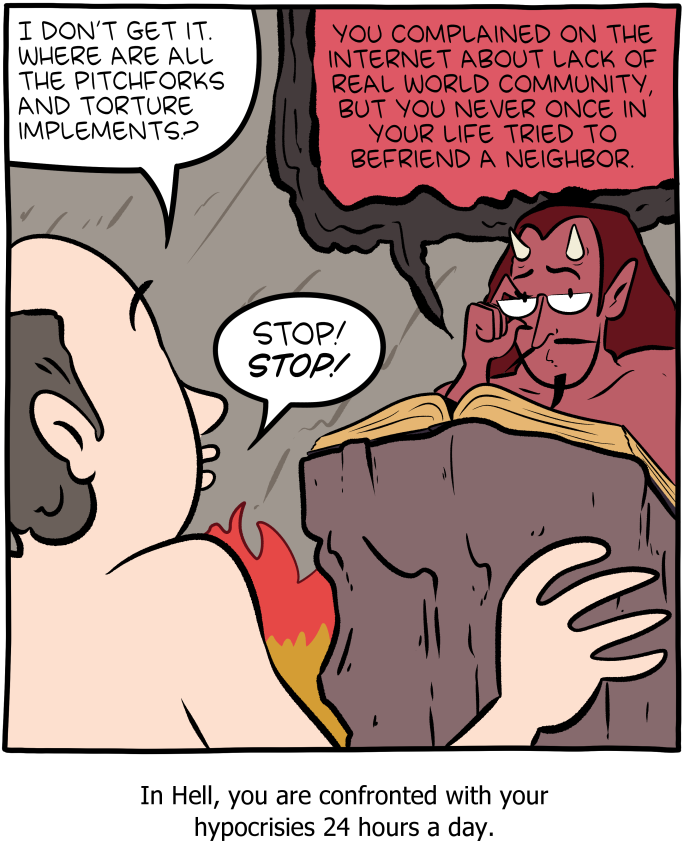 Hovertext:
Basically, it's just Satan reading me my own comic for eternity.


Check out our new book!

Apartment Therapy| Saving the world, one room at a time
2 Shares 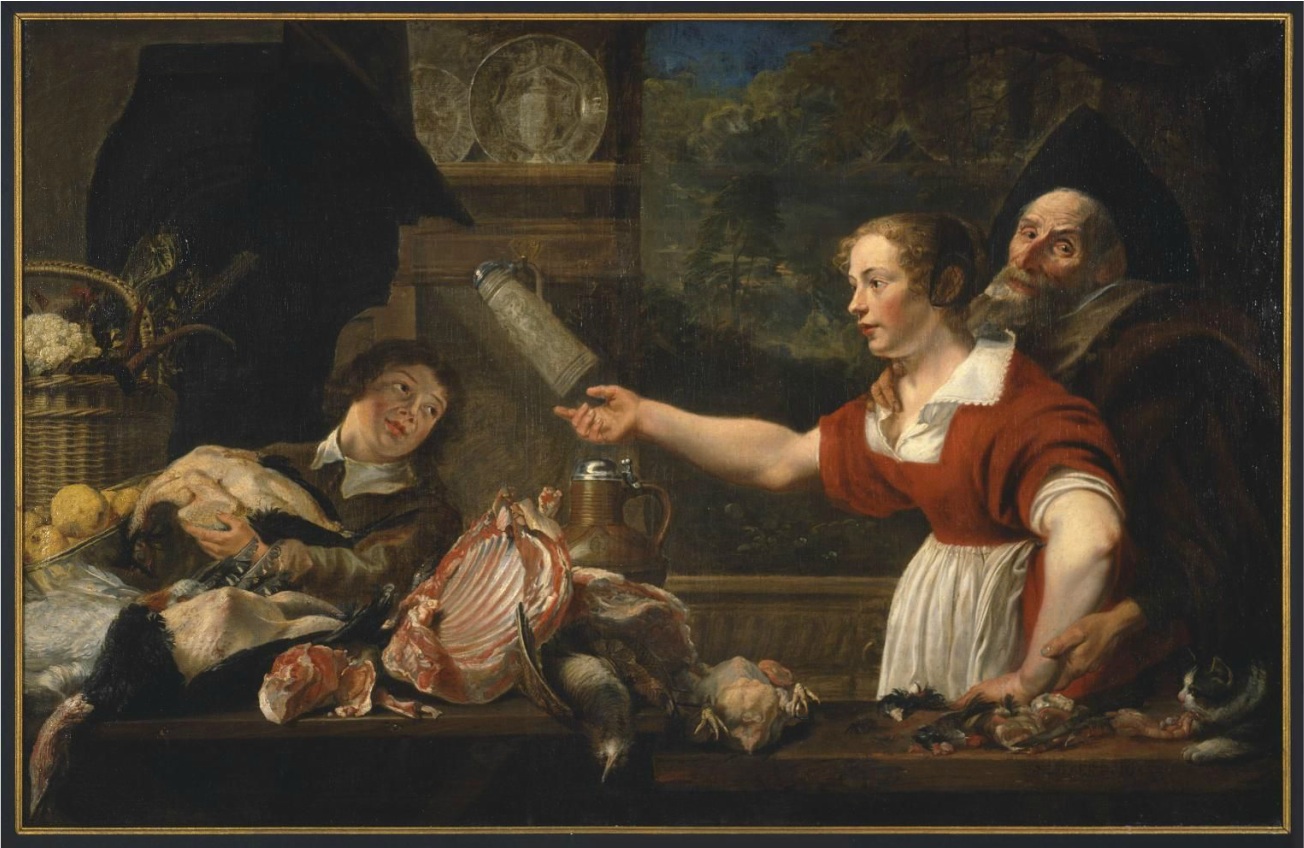 The haves and the have-nots might be given new names: the demanding and the on-demand. These apps concretize the wild differences that the global economy currently assigns to the value of different kinds of labor. Some people’s time and effort are worth hundreds of times less than other people’s. The widening gap between the new American aristocracy and everyone else is what drives both the supply and demand of Uber-for-X companies.

The inequalities of capitalist economies are not exactly news. As my colleague Esther Bloom pointed out, “For centuries, a woman’s social status was clear-cut: either she had a maid or she was one.” Domestic servants—to walk the dog, do the laundry, clean the house, get groceries—were a fixture of life in America well into the 20th century. In the short-lived narrowing of economic fortunes wrapped around the Second World War that created what Americans think of as “the middle class,” servants became far less common, even as dual-income families became more the norm and the hours Americans worked lengthened.

What the combined efforts of the Uber-for-X companies created is a new form of servant, one distributed through complex markets to thousands of different people. It was Uber, after all, that launched with the idea of becoming “everyone’s private driver,” a chauffeur for all.

An unkind summary, then, of the past half decade of the consumer internet: Venture capitalists have subsidized the creation of platforms for low-paying work that deliver on-demand servant services to rich people, while subjecting all parties to increased surveillance.

What else is there to say?

kbrint
reply
Damned if it isn't convenient, though.
Next Page of Stories